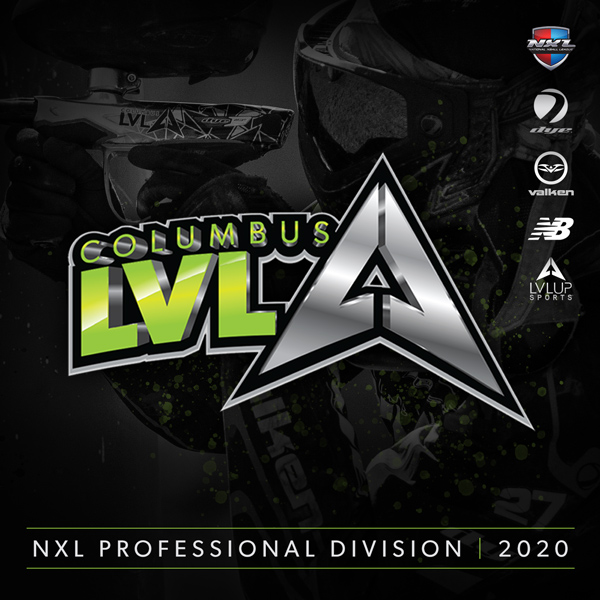 Columbus LVL, pronounced “level”, will become the state of Ohio’s first paintball team to compete in the NXL Professional Division after a recent merger with PC Katana.

LVL’s entire roster have been competing with and against each other since their college days in the NCPA, representing Penn State, Ohio University, Akron University, and Miami of Ohio throughout the mid 2000’s.  Since college, the team has stuck together and have been climbing through the NXL ranks as a family.

Tom Cole, NXL President, welcomes its newest member to the NXL Professional Division.  “With two semi-pro finals appearances in 2019, we’ve had an eye on the LVL organization and are excited to see what they can do.”

Owner of LVL UP Sports Paintball Park, Dave Pando, has been waiting a long time for this opportunity.  “As an industry life-er, I’m humbled by this rare and exciting chance to bring our program into the Pro division.  The stars have truly aligned over Columbus Ohio and I have full confidence this group of men will rise to the occasion.”

Team Captain Josh Lehman is ready to show what his team can do.  “Our group has been working towards this goal for over a decade.  We are more than ready to rise to the occasion, and we are proud to be backed by such great companies in DYE Precision, Valken, New Balance and LVL UP.”

The merger is bittersweet for PC Katana owner Dan Strickland, “With sadness this biggest chapter of my life with Katana is time to be closed, but I’m blessed to have found another group of friends & players in Columbus LVL that will pick up this amazing journey for me.”

Some PC Katana members will remain on the roster.

Now give us two claps and a Ric Flair…